I love flash-mobs and the British, with their love of theatre put the drama into them. 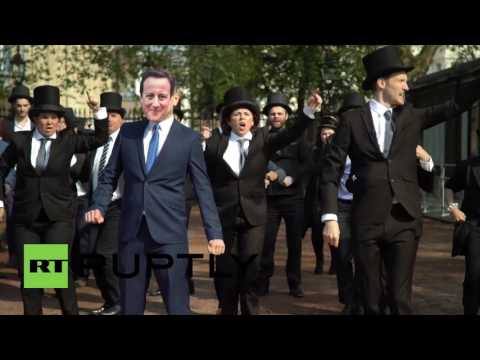 Click here:  “You gotta pick a pocket or 2 Dave” by the Artful Tax Dodgers

Yesterday an impromptu musical group protested about the British Government allowing tax-havens and tax-loopholes for the richest in society while pressing hard on the common person to wring every penny of tax out of them. The flash mob took place outside the gates of a building where Prime Minister David Cameron drove past on his way to a meeting on taxes.